It’s a Long Way to THE CALL.

She was four. Alone. And crying about the twisted sheets in her nightmares.

She was fifteen. Alone. And raging because she could never keep the bruises away from her mother’s legs or the storm from the inside of her house.

She was twenty-one. Married. Still alone. She was hiding because she wanted something lost to be found. And sometimes when you are desperate to be seen you are truely terrified for eyes to look upon you.

She was thirty. Still Married. Still alone. And shaking because now she had two babies who needed to be close to her in ways she couldn’t even be close to herself. Children who needed a mother when she herself needed mothering.

She was thirty-one. Everything fell apart.
The carefully arranged house of cards. What she didn’t know was when that house of cards fell her life was not being destroyed, it was being rebuilt. She found writing and wild words and she longed to let them loose. To give them legs and wings and all manner of roaring and beastly freedoms. She also found a God who had never left her after all.

She was thirty-three. And now she had written a first book, numerous short pieces, poetry and of course this blog. She found an audience of poets and authors and friends. And those who were hurting just like she had been. They found her those people with bruises on their heart walls. And they read her words. To this girl’s wondrous surprise her words were helping. Healing. She thought she was giving something, when really she was recieving from those who hugged her close and said, “You write the words that are locked inside me.”
Yes, she thought. I understand, because these words were locked inside me once too.

She was thirty-four. Thirty-five. Thirty-eight. By forty she had written book number two with book number three well on the way. This is it. This will be the year. This one. She was still writing. And wanting. Dreaming that her words might find their place with someone who believed in them. Someone who could refine them and help her birth a book. And hopefully a career.
Write a book. Write it again. Again. Again… and again. Write a query letter. Send it out to agents. Wait. Hope. Wait. She washed those words, dried them, folded them carefully, arranged them. A wonderful agent offered editorial feedback and the chance to resubmit. She threw those words back in the wash again.

There were now three little boys (the eldest not so little anymore) and she daily learnt that it was okay to be herself, okay to love deep and wide and all at once or in tiny, precious drops. It was okay for that love to be a messy, dripping thing that was often hard to give but impossible to hold onto.
There was a man who been by her side for over half of her life and still decided daily that he wanted to stay. You know who you are Matthew Bird!

The book was queried to eight-five agents. Eighty. FIVE. She was blessed with twenty-one literary agents who requested either the full manuscript or the first three chapters. There was one revise and resubmit from an agent who was very generous with her time, three referrals from published authors to their own agents on her behalf and a long-suffering critique partner, the infamous Wen Baragrey.
Then, right before she turned forty-one…something happened.

A literary agent read her book…and loved it. Her words had found a home. The wonderful Nicole Payne of Golden Wheat Literary offered to represent this girl and her wild words.

And do you know what that girl did?
She cried. And then… she smiled like a goofy, happy thing. A smile so large it said everything she could ever find words for.

Her smile said, “Sometimes, it’s a long way. You know?” 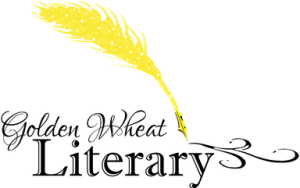 I am offically represented by Nicole Payne at Golden Wheat Literary in the USA. We now prepare my work to go on submission to publishing houses!

*Thank you to all those who believed in me and my writing. Matt Bird. My boys, Isaiah, Cyrus and Darius. My Nannie. My uncle, Jay. To Esther, and you know all the reasons why. My family. My mother. My wonderful critique partner, Wen Baragrey. My friends Jac, Kerryn, Arwyn. My home church. And there are others. Many others. I thank you all.

The skin I am in.
Scroll to top

The Emporium of Imagination